Climate scientists employed at Institut Pierre-Simon Laplace (IPSL), Centre national de recherches météorologiques (CNRM, Météo-France/CNRS) and at “Climat, environnement, couplages et incertitudes” laboratory (CERFACS/CNRS), using means from CNRS, CEA, Météo-France, Sorbonne Université and IRD, announce today the release of new datasets that promise to provide fresh insights into past and future climate changes. These laboratories are engaged in an international effort to provide a new generation of climate change experiments. The new climate models feature many improvements in their treatment of Earth’s climate system as well as higher resolution. The datasets, hosted at IPSL and Météo-France and replicated at other sites around the world, are provided freely to everyone and will enable a large international community of researchers to analyze and scrutinize the results. Primary goals are to understand the processes underlying climate change gauge the strengths and limitations of climate models and provide a strong scientific basis for climate change adaptation and mitigation policies. 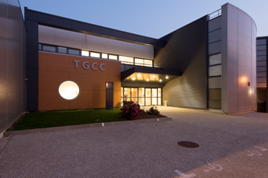 The publication of these datasets is the outcome of more than three years of work involving about 100 scientists involved in the CLIMERI-France research infrastructure. Altogether this represents more than 500 millions of computer hours made available by GENCI (~300 millions of computer hours on the Curie and Joliot-Curie supercomputers at TGCC-CEA and the Ada supercomputer at IDRIS-CNRS for the IPSL-CM6 models) and Météo-France (~200 millions of computer hours for the CNRM-CERFACS climate models, including the high resolution configuration CNRM-CM6-HR) for the realization of climate simulations, a tailored user support by the computing centres, 80,000 years of simulated climate produced 24/7 for longer than a year, a storage capacity of 20 PB, a 10Gb/s high-speed network between IPSL, IDRIS-CNRS and TGCC-CEA and an advanced grid data distribution system known as the Earth System Grid Federation (ESGF).

Such an achievement would not have been possible without the participation of scientists and engineers from CNRS, CEA, Météo-France, CERFACS, GENCI, Sorbonne Université and IRD.

Josefine Ghattas – IPSL, research engineer in computer sciences at CNRS: “High performance computing is absolutely necessary for a project such as CMIP6 and in particular IPSL could not have produced high resolution simulations without a significant effort on code optimization on GENCI new supercomputer Joliot-Curie at the TGCC-CEA”.

Stéphane Sénési – CNRM (Météo-France/CNRS), research engineer at Météo-France:
“Meeting the CMIP requirements regarding the variety and amount of results to provide was a real challenge; we addressed it in a fully coordinated way by designing a brand new, shared, seamless data production and formatting system which allowed for a very early French contribution”.

Guillaume Levavasseur – IPSL, research engineer in data sciences at Sorbonne Université:
“In the context of overseeing the quality of data, the data dissemination has been redesigned to make the new release of climate datasets fully traceable. Once the data are quality-controlled and verified, each dataset is tagged with a unique persistent identifier. This new structure relies on an ecosystem of services which the IPSL greatly contributed to develop.”

As more modelling groups complete their simulations, the archive will become an increasingly rich resource for climate researchers. As in past phases, CMIP-based science should prove invaluable to the Intergovernmental Panel on Climate Change (IPCC) as it prepares the Sixth Assessment Report due for release in 2021.

Contacts for the press